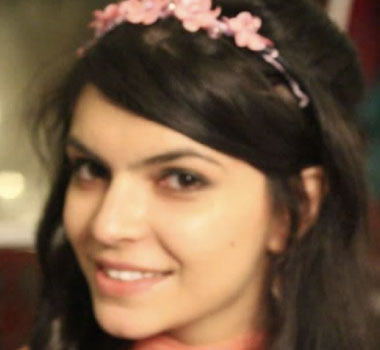 DONATE TO SAVE LIVES

Of all the things, Haematology? That’s like a subspecialty! Why aren’t you going for something for Surgery or Gynaecology?

Ever since I have cleared M.B.B.S (Bachelor of Medicine and Bachelor of Surgery) and told people in Pakistan about my future aspirations to choose blood related field, this has been the unequivocal response. How did I ever get here?

6th August, 2011. We had little patient interaction back then learning mostly from books. We organized blood cancer awareness day, I was in charge of patient psychotherapy stall where young leukemic patients were taken care of and were busy playing games. That’s where I met Hassan, a child of 4 years suffering from ALL, a type of cancer that destroys blood cells.

His father told me about the troubles they have to go through to arrange blood for Hassan, as he needs transfusion every week. As fate would have it, Hassan stated bleeding from his nose and mouth. His platelets had dropped precariously low. He was rushed to the hospital where he was stabilized for some time. The disappointment I felt when I rallied for collecting donation was immense; people were reluctant to donate blood. Hassan would receive blood at times and at other times he’d go back without getting transfused. This continued for a few weeks. Hassan died one month after I met him, on the 6th of September. While he was being rushed from his village to the hospital, he slowly bled to death.

Bijloo was with a child. It was a complicated pregnancy and C-section was indicated. However it was still pending since Bijloo’s Hb was 6 g/dl and operating under such condition could take a toll on her heart and cause her death. She was from Kabul and couldn’t understand a word we said when we tried to convey she has to arrange blood. Ultimately we contacted her husband and told him operation would be impossible without arrangement of blood. The husband looked at us calmly and said, “Our men do not bleed for women, donate blood yourself if you want to save her, I leave her in Allah’s hands” Bijloo was saved by donations from medical students. But in a tertiary care hospital with daily influx of hundreds of patients, relying on students alone is inadequate. When the Gynaecology and Obstetrical ward made it compulsory for patients to submit one bag of blood in order to admit the patients to avoid cases like Bijloo, they were called butchers and sadist by the patients’ attendants.

16th December, 2014. A group of terrorists attacked Peshawar in an army school to seek revenge. More than 250 school-going, unarmed kids were made hostage and then butchered. Those who survived saw lines upon lines of volunteers teemed outside Peshawar hospital to donate blood. People collected blood from other cities and transported blood bags to Peshawar. There has been no audit on the donated blood and the optimist would say that the excess blood was stored in Hospital for future use. However, the number of donations far exceeded the hospital storage capacity. Some speculate that the blood was wasted; others maintain that any disastrous situation that calls for donation camps is misused by private unregulated blood banks which store the blood and later sell the blood to patients.

The above stories are just a glimpse of how distorted the Blood Transfusion Services are in Pakistan. The concept of voluntary blood donation is absent, the patients are supposed to arrange blood for themselves usually asking help from family and friends. In case of a mass disaster, when people do come to donate blood, the collection and transport is highly unregulated. I am already a part of Safe Blood Transfusion Programme aimed at straightening the highly kinked and complex transfusion system of Pakistan. Let’s see how far it goes.